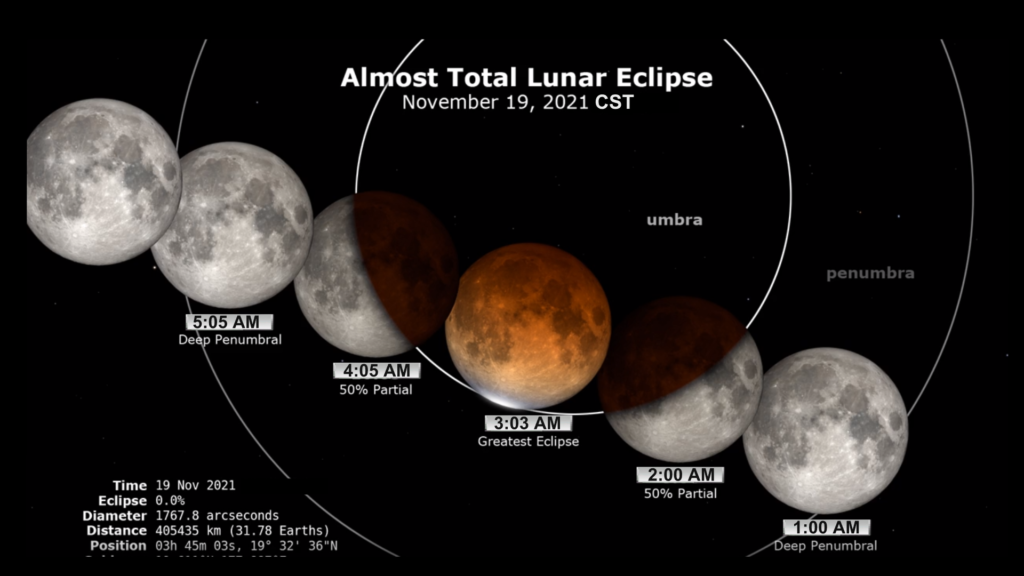 Later tonight there will be a lunar eclipse. While a passing front will bring rain and clouds you still might be able to catch a glimpse of this eclipse. At this point the best change of seeing it are those to the west of Philadelphia.

Overnight, the moon will pass into the shadow of Earth cast by the sun, illuminating the gray orb with a red hue. It will be the second and final eclipse of the year.

NASA predicts the eclipse will last over 3 hours and 28 minutes. That would make it the longest partial lunar eclipse in 580 years, according to the Holcomb Observatory at Butler University.

Here’s how to see the eclipse:

The lunar eclipse will be visible in North America, as well as parts of South America, Polynesia, eastern Australia and northeastern Asia, according to NASA.