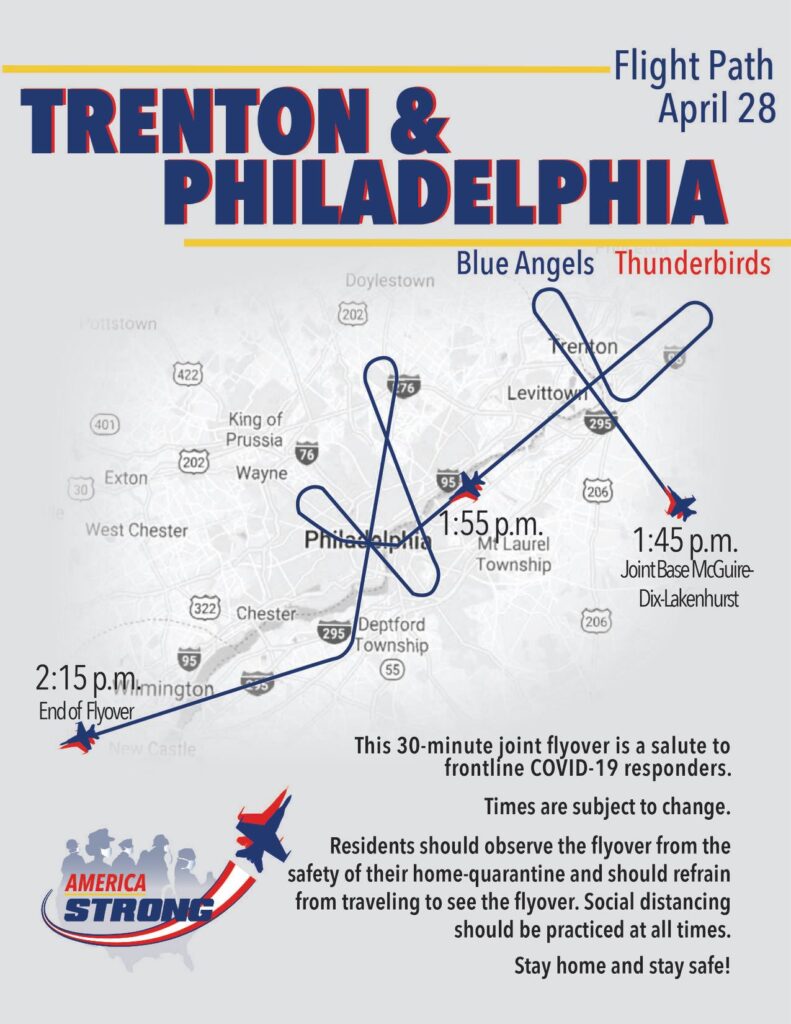 As we have reported the US Navy Blue Angels have released the flight path for the Tuesday April 28 flyover the area.

Residents along the flight path can expect a few seconds of jet noise as the aircraft pass overhead, along with the sight of 12 high-performance aircraft flying close in precise formation.

Flyovers in Trenton AREA will start at 1:45 p.m. (EST) and last approximately 10 minutes.

Flyovers in Philadelphia will start at 2 p.m. (EST) and last approximately 20 minutes.

Residents in these areas will be able to see the flyover from the safety of their home-quarantine and should maintain all social distancing guidelines during this event. They should also refrain from traveling to landmarks, hospitals and gathering in large groups to view the flyover. A detailed flight route will be released on the day prior to the flyover.

This historic formation will consist of 12 aircraft: 6 USAF F-16s and 6 USN Blue Angels. They will fly in two 6 shape diamond formations.. Each diamond will be around 1 minute in trail and have smoke streaming from all aircrafts.

This run will begin in NYC/Newark then onto Trenton. Then fly south over the Delaware River, over the Ben Franklin Bridge with a right hand 360º turn over Center City. They will exit the Downtown Philadelphia Area and follow the River past Philadelphia International Airport towards Wilmington De.