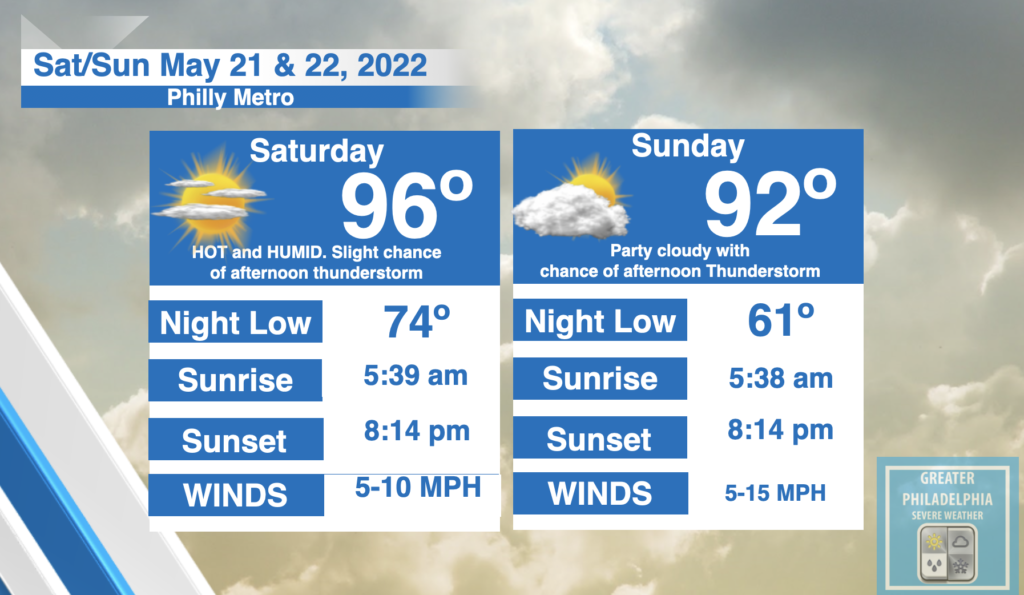 The HEAT is on this weekend! A Heat Advisory is in effect until 10pm Saturday night.

Saturday
Patchy fog before 7am. Otherwise, mostly sunny and hot, with a high near 96/97. Heat index values as high as 100. Southwest wind around 5 mph.

Saturday Night
Partly cloudy, with a low around 74.

Sunday
A chance of showers and thunderstorms after 2pm. Mostly sunny, with a high near 93. Southwest wind 5 to 15 mph. Chance of precipitation is 30%. New rainfall amounts of less than a tenth of an inch, except higher amounts possible in thunderstorms.

Sunday Night
A chance of showers and thunderstorms before 2am. Mostly cloudy, with a low around 66.